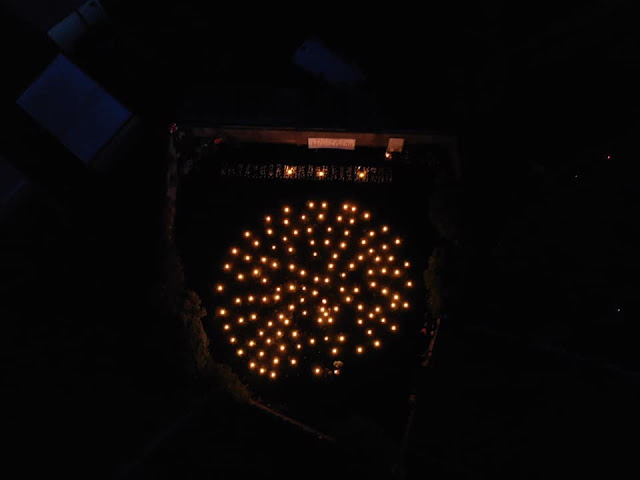 This event was called by Amanda Larkin (daughter of survivor, Carmel Larkin) in response to the fact that, despite it being a full year since the site had initial excavations, nothing has been done. She wanted to highlight the fact that survivors are still waiting for their requests to be met and that 796 baby bodies and four mothers still remain unaccounted for.
A healing day with music, art and poetry, the sun shone as survivors reminded us about their ongoing quest for justice
as did the siblings of those buried at this illegal burial plot. 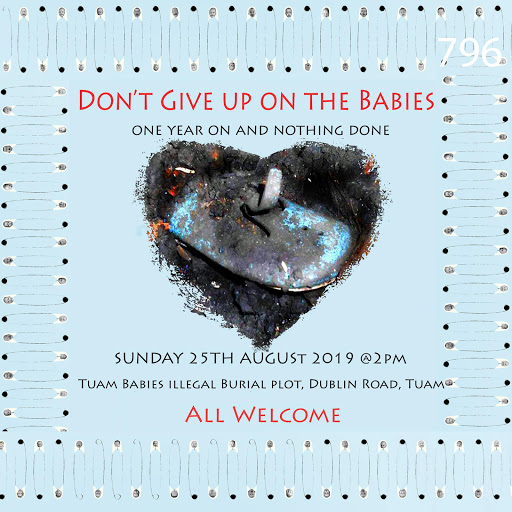 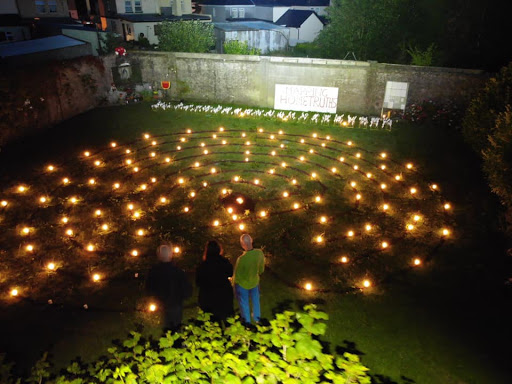 'Don't give up on the babies' event. Thanks to DroneworksIreland for the stunning aerial shots.Turf labyrinth by John Harte, Bonnie King and Ann Connoly.
Lillies by                            Amanda Larkin Carmel S Larkin
Aidan J. Corless and Catherine Corless marked excavation area.
'Baby lights,' said a small toddler as he sat on the wall gazing at the amber glow.
And he was exactly right💛
These candles were at Belfast City Hall, the site in Tuam during the Pope's visit last year, Letterfack Industrial School graveyard (all night vigil). Two went to a vigil in London for Peter Tyrell's anniversary and the rest were burnt all night in Tuam on Sunday August 25th. With love Xx
at September 15, 2019
Email ThisBlogThis!Share to TwitterShare to FacebookShare to Pinterest