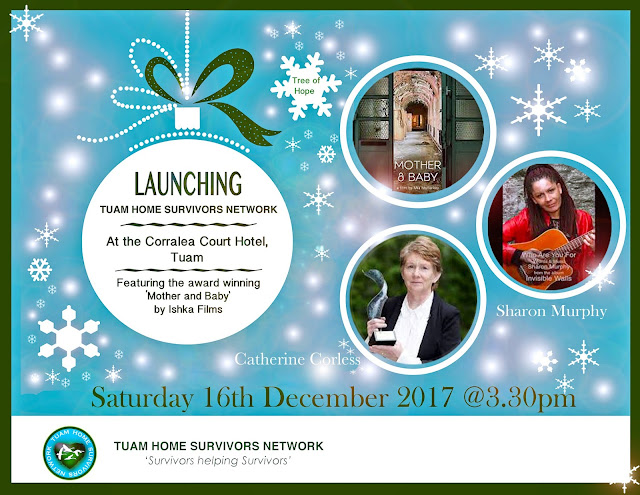 Tuam Home Survivors Network: Official Launch
Tuam Home Survivors Network and website will be officially launched on Saturday 16th December 2017 @3.30pm in the Corralea Court Hotel, Tuam.
The primary mission of the group is to support survivors of Mother and Baby Homes by offering solidarity and friendship through a peer-supportive network while holding State and Religious Orders to account.
The group will be launched by Catherine Corless and Mia Mullarkey of Ishka films. Mia's award winning short documentary: ‘Mother and Baby’ which will be screened on the day, had its world premier at the Cork Film Festival on November 18th where it won first prize.
The day will commence with music by Sharon Murphy (The Voice UK) and will end with story-telling and craic.
All are welcome.
mailto:info@tuamhomesurvivors.com

Posted by Sadie Cramer at 12:29 No comments: Links to this post

An open invitation to anyone who'd like to see the award-winning short documentary 'Mother and Baby' by Ishka films at the Corralea Court Hotel, Tuam plus so much more. All welcome to this free event.#CFF17

Please contact me directly if you wish to purchase Sharon's CD's. 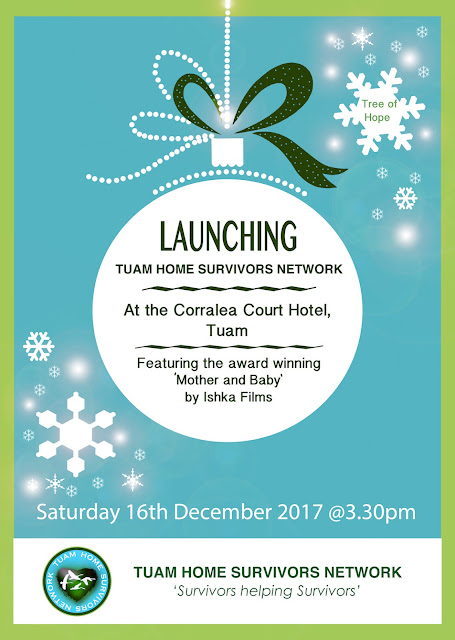 Posted by Sadie Cramer at 18:56 No comments: Links to this post