Our kitchen table craft morning was a powerful and tender experience and one which really would have been a bit crass to document. Sometimes a camera just isn't appropriate and this was one of those times. All I can say is things are brewing and people are engaged. More later ...

I had an e.mail from Catherine Corless the day before, stating that she was going to meet Katherine Zappone (minister for children and youth affairs) at the burial site @11am on Friday too. What synchronicity and who would have known the news she was going to deliver.

From the RTE website
A preliminary excavation is to take place at the site of a former mother and baby home in Tuam, Co Galway.
The tests were requested by the Commission of Investigation into Mother and Baby Homes, which was established following allegations about the deaths of 800 babies and the manner in which they were buried in Tuam.
The commission said the test excavation will take around five weeks to complete. It said a sample of ground will be excavated by a team of specialist archaeologists.
It is hoped the work will help resolve queries in relation to the burial of babies at the site in question.
In a statement this afternoon, the commission said the excavation would focus on timeline and the manner in which soil is layered at the site.
Results from a geophysical survey there last year will be used to assist the process.
Test trenches have been identified for this purpose.
The commission said residents and local groups are being informed of the impact of the planned excavation.
Minister for Children Katherine Zappone said the Commission of Investigation into Mother and Baby Homes has taken a very serious approach to their work, but feels that their workload is much bigger than anticipated.
Speaking on RTÉ's Drivetime, the minister said: " ... in terms of my meetings with them [the commission], I believe they are the people; they bring the expertise and commitment in order to do the best possible job for this.
She said the commission is on target to deliver their reports by February of 2018. She also said that the commission has given her an interim report which is currently with the Attorney General.
Ms Zappone visited the site this morning. She said it was important to hear what former residents and relatives of those who died in the home had to say.
News of the survey has been welcomed by relatives.
Of course, we all welcome this news and it will satisfy people for the time being :-)
Ironically, several weeks ago I was invited to the launch of a new undergraduate BA degree in Children’s Studies at NUI Galway by Dr Jim Browne (President of NUIG.) The aim of this programme is to develop an undergraduate programme that will prepare graduates for the labour market, and particularly to work with, or on behalf of children; underpinned by the values of the Convention on the Rights of the Child and a child-centred approach. You can't make this stuff up. The timing is just amazing. #Tuamspiritbabies

Posted by Sadie Cramer at 16:14 No comments: Links to this post

The heart symbol is an extremely powerful image and a recurring theme in my own work.

It's significance to this project arose early on as the aspects of love and connection are obviously at the root of what mother and baby is.

Middle English (denoting the heart, as the seat of feelings): from Old French corage, from Latin cor‘heart’.

As you know, I like to look at the origin of a word or check the vibration of it.
One of the Italian words for heart (there are several) is Core.
Some of the latin words for heart are: cor, corcillum, cord, super cor.
The french for heart is Coeur.
Some of the Spanish words are centro, cuoro.
The word Courage has Cour at it's root too; meaning heart.

Bon Secours translates as good help. This expression is often seen in names such as "Notre Dame de Bon Secours" which means "Our Lady of Good Comfort". It's usually used as a reference to the Virgin Mary but having looked at the other aspects of courage and the heart these also fit with the name Bon Secours too. I don't need to labour the point, you know where this is leading... #Tuamspiritbabies
As mentioned in an earlier post. Catherine Corless means pure heart Xx

Posted by Sadie Cramer at 10:17 No comments: Links to this post 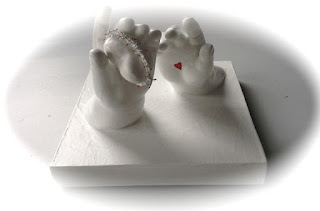 It was great to finally catch up with Rurai (a friend and mural artist) over a cuppa today and discuss his incredibly potent contribution to our Tuam Spirit Babies Exhibition. Its called  Inner Sense Crucified. When he unwrapped the piece I almost fell backward with the wave of energy that came from it. It's very powerful and there are many references to stigmata, the sacred heart and the beautiful outstretched baby hands offering a crystal heart would melt most people. #Tuamspiritbabies
This is the message that comes with it.

Inner Sense Crucified
We  Crucify innocence  daily by not  listening to our pure, aspiring, childlike, inner grace. It serves to remind us that we too are sacred. On a journey home to the Mother.
Stunning. Many thanks to Rurai for taking the time and effort to contribute.

Posted by Sadie Cramer at 17:54 No comments: Links to this post


The message from the paintings.


Posted by Sadie Cramer at 10:14 No comments: Links to this post

Here's the latest contribution to our Tuam Spirit Babies exhibition from Edel Lowry who's based in Castletown, Ballycumber.

Edel mentioned a while back that she was out for a walk one day and out of the corner of her eye noticed a crushed dog rose hip on the ground. Immediately the children from the 'homes' came to mind and encapsulated in her beautiful piece are the words...full of potential...yet not allowed to bloom.

The rose buds are crushed in behind the glass and the overall image is very potent.
Thanks to Edel (who's always a source of wisdom) for taking the time and effort.  #Tuamspiritbabies
Posted by Sadie Cramer at 17:06 No comments: Links to this post

The Spirit of Nurture 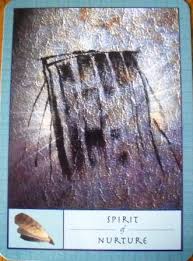 "I am the Spirit of nurture. I offer protection and a safe, homely place where you might find refuge and access new energy at times of crisis. In me you will find support and encouragement that restore your well being and enable you to move ahead in your life's journey. The sustenance I offer will fortify you and help you to face whatever lies ahead with renewed vigour."


Nurture provides balm , rest and peace for the soul. Whatever difficulty, loss or pain you encounter; through nurture you will find a sanctuary of warmth, solace and support. Home and family are time honoured sources of such nourishment which may be physically at hand or experienced as spiritual reality even when we are alone and far away. The Spirit of Nurture depicted here as a spirit house, offers a refuge in time of adversity. Here you may recover your strength and gather your thoughts as you prepare to continue on your path. This oasis of peace and love is always available to you.

Posted by Sadie Cramer at 16:48 No comments: Links to this post