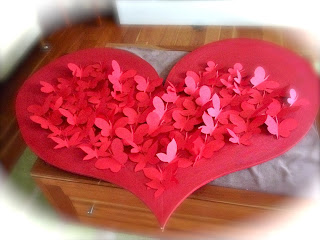 Tuam shopping mall was an experience beyond anything I could have imagined, it’s taken several days to digest the many beautiful synchronicities and connections and it’s only now that I feel I can write about it.

Val McNamara, Pauline Cunningham and I (it was wonderful to have the support of these two lovely ladies and their beautiful energy helped immensely with the day) set off not really knowing where we’d pitch ourselves but thought we’d try the mall first. It turned out to be a perfect spot and soon found ourselves chatting to passers by about the Bon Secours Mother and Baby home which was once in Tuam. People were very free with their opinions and willingly wrote anonymous statements ‘from the heart’ (we will look at these on their own at a later date as they deserve a post of their own) but what became apparent quite quickly was the level of compassion and tenderness that people feel. More men than women contributed at the start (we were surprised by that) but as the day unfolded, it soon balanced out.

We didn’t expect to meet survivors. We met three, who willingly shared their heart wrenching stories of forced adoption and one account of slavery (hard physical labour for long periods of time for £2.50 a month. She called it slavery and so do we. She wasn’t let out and she was brutally punished.) We were moved to tears. We didn’t expect to meet people with memories of the ‘home children.’ We met several, who again, spoke ‘from the heart’ with so much compassion that it was hard not to be moved. Many older people sat and joined us thoughout the day and literally poured out their feelings and stories of those times. People offered to lend support where they could and many will share their stories on film at a later date. Catherine Corless joined us in the morning and left a moving piece of art (see the babies in the basket below which will be included in our exhibition in November they were quite a talking point on their own.) The theme of the day was forced adoption as most of the stories and opinions arose from it (there's so much to write on this subject alone) but it was such a rich day and one I hope never to forget.


We’re in the middle of a very dark period in Irish history right now, so much has come out regarding the atrocities in Irish institutions and by all accounts, there is more to discover as new stories break on a daily basis. The government has decided, at this juncture, not to investigate the mammoth aspect of baby trafficking and forced adoption (the implications are too vast and far reaching and too many were involved at all levels) the horror of it is so overwhelming at times, that to find any light in the situation is nigh on impossible. It’s human nature to seek the light, find the up side and hope. We are built that way but we also have the ability to negotiate the dark. Our eyes and instincts can adjust to pitch black if we allow them to and a great power can override us if we let go of the fear and go with the flow. Red butterflies were chosen for their obvious connection to Spirit for this project but also for their transformative energy, red to symbolize both anger and passion but there’s less obvious imagery in the necessary period of time that a caterpillar spends in the darkness of the cocoon. In order for it to emerge fully transformed, it must immerse itself in pitch black and be at one with it. Perhaps that’s what we should do (who knows)maybe that’s where the power lies.
It’s worth investigating, that's for sure.‪#‎Tuamspiritbabies‬ 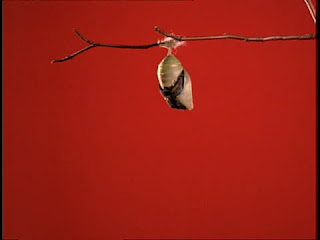