Thanks for the lovely comments County Clare Libraries :-) 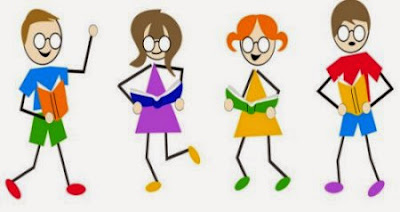 Children’s Book Festival 2014 ended on the 23rd of October with the last event of the month presented by David Lyons of the National Parks and Wildlife Service in deValera Public Library, Ennis. David was just one of the many visitors to our branches over the four-week festival that saw thousands of children join in this year’s celebrations.

Children’s authors who visited included Nicola Pierce, Debbie Thomas, Alan Early and Paula Leyden. All were well received, the children and teachers attending their talks appreciative of the added dimension that each author brought to the exploration of their books in the classroom.

Paula Leyden, whose book The Butterfly Heart endorsed by Amnesty International in 2011 won the Eilis Dillon Award in 2012, talked to classes about her homeland of Africa. She had a particularly engaging group from St. Tola’s National School in Seán Lemass Public Library, Shannon, where children in her audience came from a variety of countries and could speak a variety of languages including Bangladeshi, Arabic, Spanish, Polish and Afrikaans.
Nicola Pierce brought the story of the Battle of Stalingrad during the Second World War in pictures and words to eager learners inspiring them to read or re-read her latest book, City of Fate.

Sadie Cramer hosted four amazing workshops on story creation keeping each and every one of her listeners busy from the start to the end of her sessions doing lots of different activities. Drawing, creating and listening to stories and exploring the amazing world that lies between the pages of every book occupied and delighted her audiences from beginning to end.


Wayne O’Connor was the success story of 2013’s Children’s Book Festival and so just had to be part of this year’s line-up also. All six of his story and drawing workshops had children jumping out of their seats with suggestions for his hilarious illustrations or for the zaniest reconstructions of the well-loved Roald Dahl stories that he told, with a difference!

Terence Finnegan of Learn Differently brought hands-on science experiments into libraries. He demonstrated force, gravity, energy, flight etc. using everyday objects to the fascination of his young audiences many of whom got a chance to assist. Hovercrafts, rocket and explosions were all part of the show which was simply but very effectively presented.
Senior classes from four schools explored poetry creation under the stewardship of award-winning poet Stephen Murray. The hour-long sessions produced some memorable creations that were performed and shared with everyone present at the end of each workshop.

The signature event for this year’s festival was Niall de Burca’s one-man World War 1 show at Glór Theatre in Ennis on the 9th of October. In his hour-long presentation called “Where the Poppies Grow” he held over five hundred adults and children mesmerized from beginning to end.

Close on sixty events took place celebrating books and reading for children in Clare during the month of October. Library staff members look forward to welcoming the audiences that attended these events back to our branches in the months and hopefully, years ahead.

The Library gratefully acknowledges assistance with funding Children’s Book Festival from local organizations and businesses from within the community. A list of this year’s contributors is on the library website.
Posted by Sadie Cramer at 12:52 No comments: