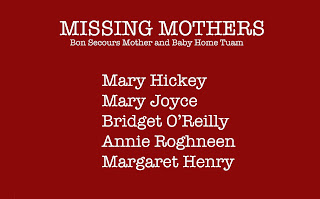 Notice - 3rd March 2017
The Commission has completed its test excavation of the Tuam site.
The stratigraphic survey which was conducted in October 2015 identified a particular area of interest and identified a number of sub surface anomalies that were considered worthy of further investigation. These were further investigated by a test excavation in November/December 2016 and in January/February 2017. Test trenches were dug revealing two large structures. One structure appears to be a large sewage containment system or septic tank that had been decommissioned and filled with rubble and debris and then covered with top soil. The second structure is a long structure which is divided into 20 chambers. The Commission has not yet determined what the purpose of this structure was but it appears to be related to the treatment/containment of sewage and/or waste water. The Commission has also not yet determined if it was ever used for this purpose.
In this second structure, significant quantities of human remains have been discovered in at least 17 of the 20 underground chambers which were examined. A small number of remains were recovered for the purpose of analysis. These remains involved a number of individuals with age-at-death ranges from approximately 35 foetal weeks to 2-3 years. Radiocarbon dating of the samples recovered suggest that the remains date from the timeframe relevant to the operation of the Mother and Baby Home (the Mother and Baby Home operated from 1925 to 1961; a number of the samples are likely to date from the 1950s). Further scientific tests are being conducted.
The Commission is shocked by this discovery and is continuing its investigation into who was responsible for the disposal of human remains in this way. Meanwhile, the Commission has asked that the relevant State authorities take responsibility for the appropriate treatment of the remains. The Coroner has been informed.
The Minister for Children and Youth Affairs is making a statement on the matter today. http://www.mbhcoi.ie/MBH.nsf/page/inde

And so the whole world (including the Commission...?) is shocked by the findings at the former Tuam Mother and Baby Home site. Apparently, Catherine Corless' research wasn't enough to convince people that 796+ babies and children were actually buried in vaults below the site and people are actually reeling in the horror of it all - now. This news story broke almost three years ago!!!
The commission have established that there are baby remains at the site and so the first of many questions arise:
1. How many?
2. There are death certificates for five mothers.
Where are they?
Did the investigation find their remains and if so will we ever know?
3. This is only part of the story.
Will there be an interim report soon and how much of the TRUTH will we actually hear?
4. The news broke after the commission closed it's calls for applications on March 1st. Many of those who have evidence may now wish to come forward knowing that, for once, they might actually be believed or at the very least heard.
Is there any chance that an extension to allow applicants meet with the Confidential Committee, Commission of Investigation into Mother and Baby Homes might extend it's deadline in order to accommodate people who may now feel courageous?

5. What supports, if any, are to be put in place for the survivors?

And so the list goes on...but the burning question remains.

Where are the bodies of :
Mary Hickey
Mary Joyce
Bridget O'Reilly
Annie Roughneen and
Margaret Henry?
Posted by Sadie Cramer at 11:07 No comments: